Want to monitor your sub-accounts' page views? Now you can see exactly how many pages each sub-account consumes from your total page views.

We added a new column in the Sub accounts settings page where you can see the views.

All you have to do is clicking on the Send Transcript button, fill in their email and click Send, and they will receive the transcript immediately. 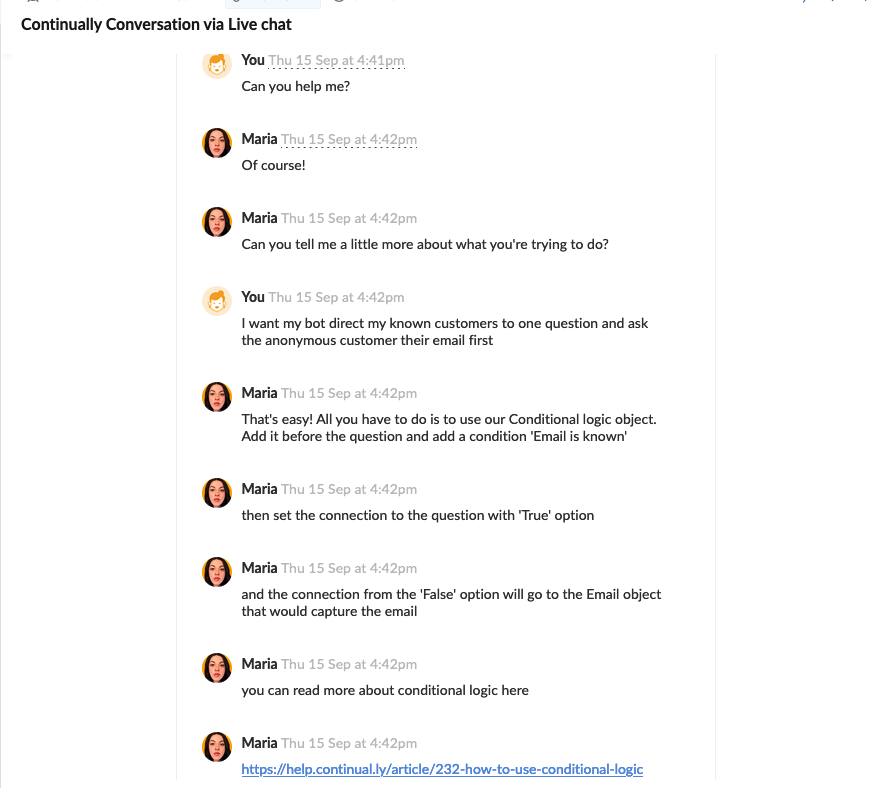 Learn more on our documentation.

Don't like using the term "Leads" for your customers?

Well now you can update your dashboard labels to whatever you want:

Head over to your company settings and add the single and plural form of your preferred term! 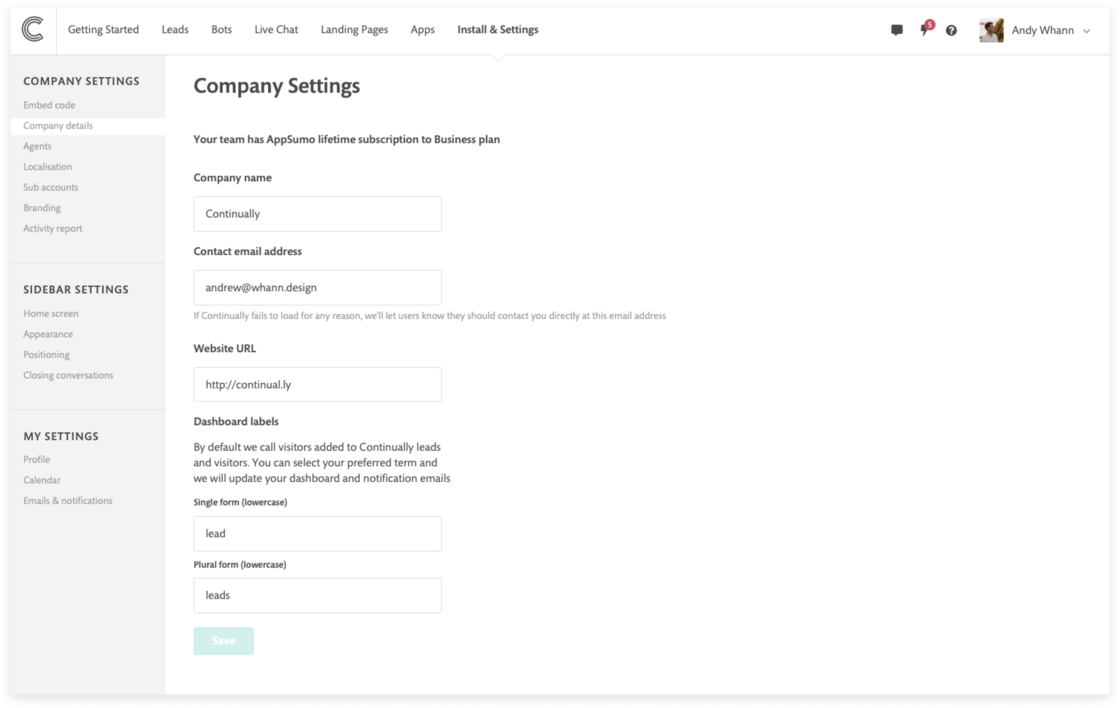 We updated our message widget to not have a set width. This means no matter how short your message, the width will adjust to fit with the text. 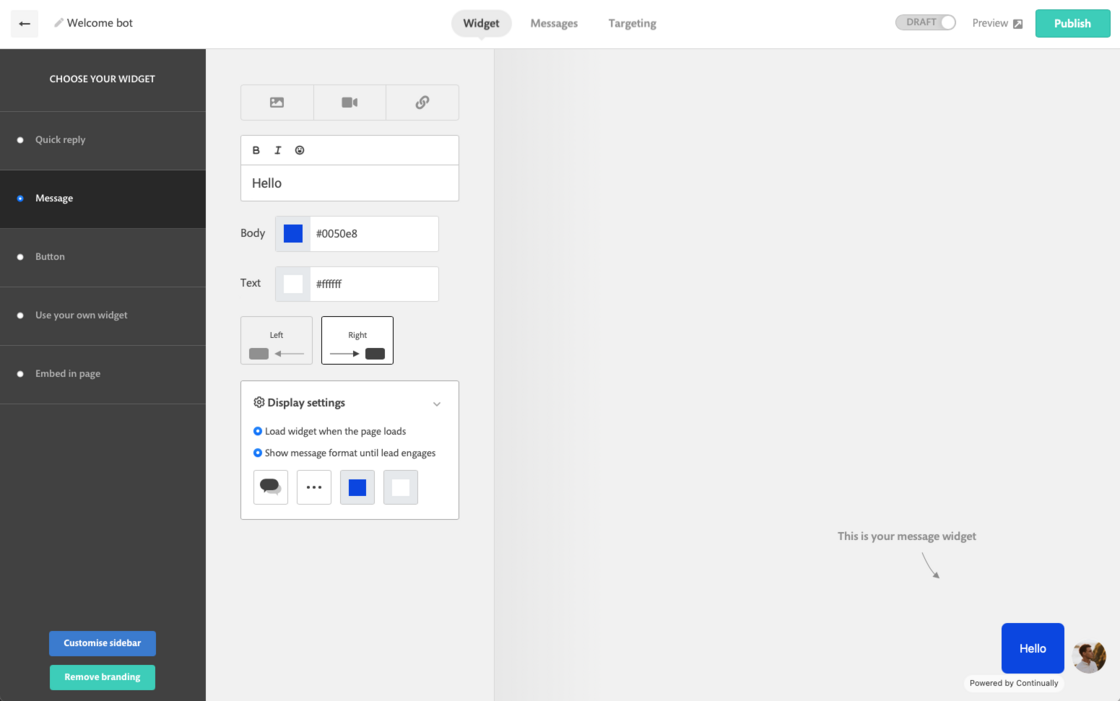 Our Slack preferences were divided into separate pages for live chat and for notification settings.

We have combined them so all settings related to Slack are on one page .

Check it our for yourself by visiting your Apps page and click on Slack preferences. 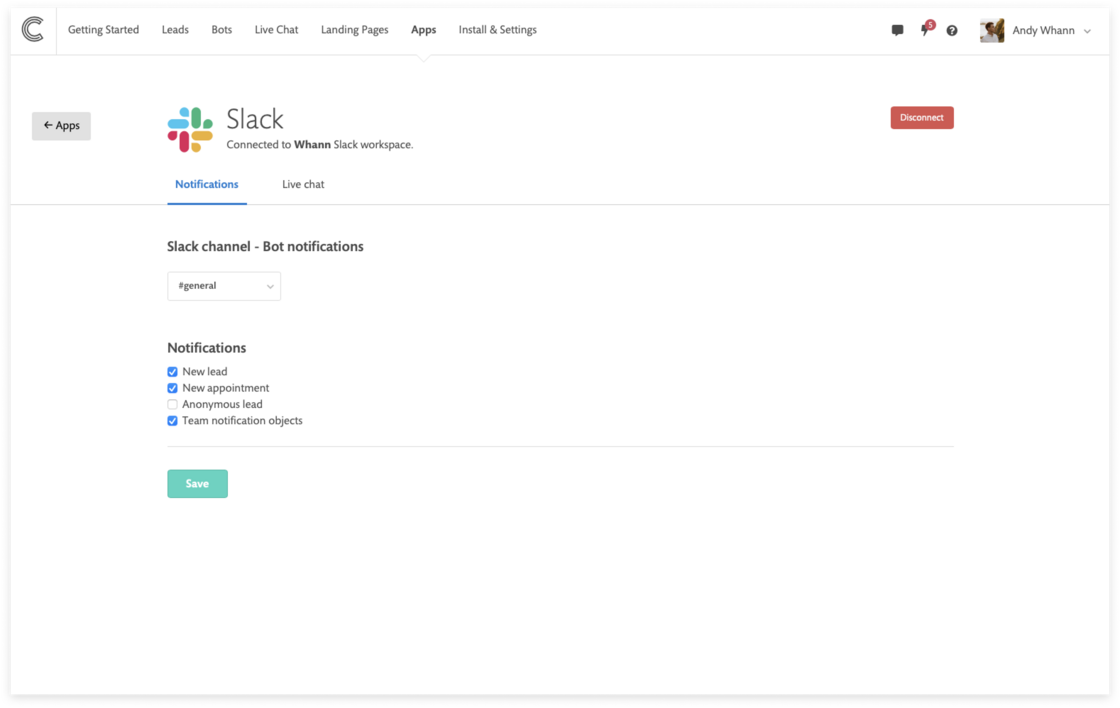 You can now mange your custom fields without having to go into the bot builder!

Just head over to your Bots page and click on the @ symbol to open up your custom field panel. 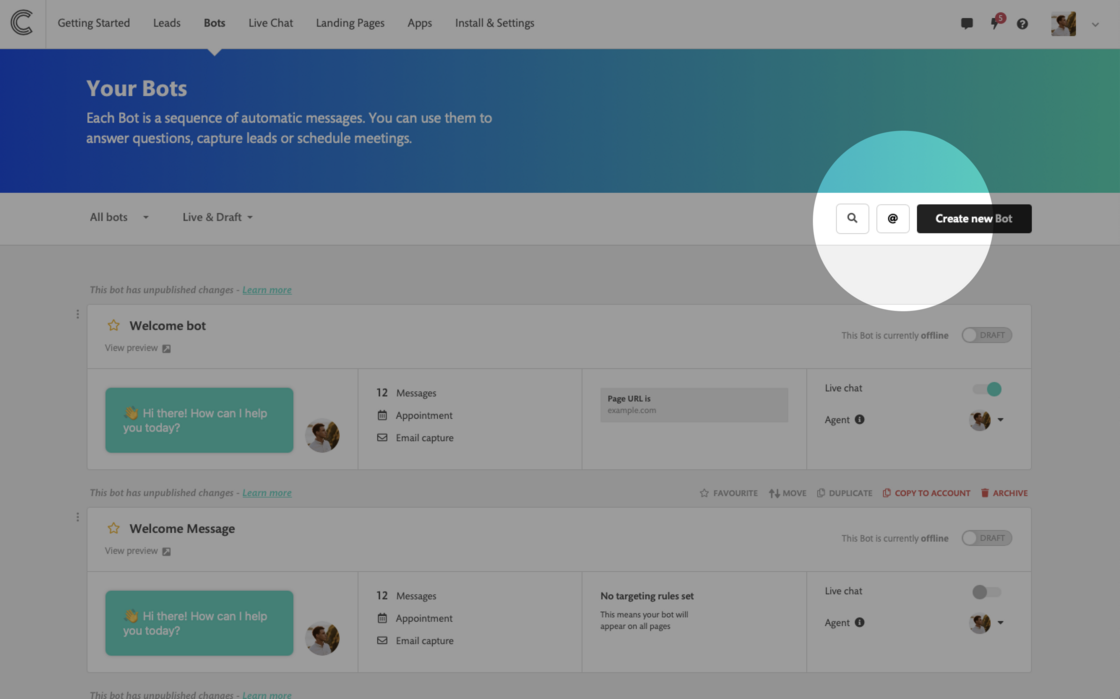 We fixed a bug that was preventing you from uploading and saving a new profile.

We fixed a bug that was preventing a small number of users from opening the bot builder.

There was an issue that was sending multiple errors to Zapier which would turn off the Continually Zap.

We fixed a bug that was forcing an error message to be shown when trying to create a saved reply when using Firefox.